Target-date mutual funds are billed as a one-stop solution for investors saving for retirement. But the past year's market turmoil shows they're not one-size-fits-all. 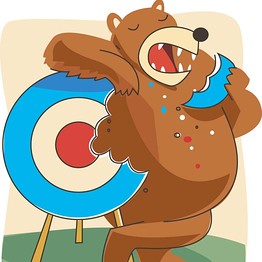 Increasingly popular among 401(k) investors, target-date funds are designed to take decision making out of an investor's hands when it comes to figuring out how to invest for retirement. The idea is you simply put your money into a single fund linked to the approximate year in which you plan to retire. Fund companies say they'll do the rest.

But the bear market is taking its bite. Last year's massive declines in stocks, as well as hefty losses in some parts of the bond market, led to big differences in returns among the offerings from different fund companies with similar target dates.

That was most notable among funds aimed at those recently retired or a year or two from collecting their last paychecks. Among funds targeting retirement in 2010, a few posted declines of 10% or less, but many inflicted losses far exceeding 20%, according to data from investment researcher Morningstar. For investors on the verge of retiring, big losses can have an even bigger impact on how long their money will last.

While one year is a short time frame for measuring funds that may be held for decades, there's a clear lesson: Even for an investment sold as a no-brainer, it's crucial to look under the hood.

Target-date funds -- also called life-cycle funds -- hold a mix of stocks and bonds. Many target funds are so-called funds of funds, which put shareholders' money in other mutual funds.

A target-date fund's mix of investments shifts over time. For younger investors, funds hold a bigger weighting of stocks, with the goal of growing money over the long term even though there is the risk of shorter-term losses. For an investor closer to retirement, a more bond-heavy and conservative approach is generally the rule, to minimize the risk of losses that will be tough to recoup.

For example, a fund for someone retiring after 2030 might have at least 80% in stocks. By the time that person is a decade from retiring, stocks might make up 60% of the fund. And when retirement is just a few years away, stocks are likely to be 40% or less.

Target-date funds have soared in popularity as more investors have shied away from a do-it-yourself approach. In addition, more companies are automatically putting money from 401(k) participants directly into target-date funds.

The current bear market is the first real stress test for most target-date funds, and the results aren't pretty.

Theoretically, a fund with a mix of stocks and bonds should easily outperform the broad stock market when share prices plummet. But out of the 275 target-date portfolios with full 2008 track records in Morningstar's database, there were 50 that posted bigger declines than the 38.5% drop in the Standard & Poor's 500-stock index.

One reason is that diversification strategies didn't necessarily work last year, even when it came to some parts of the bond market, like corporate bonds.

A Big Loss in Bonds

A case in point is the OppenheimerFunds target-date funds, where the LifeCycle Transition 2010 Fund lost 41.3% in 2008.

At the same time, as more fund companies rolled out target-date funds during the recent bull market in international stocks, there was a push to add more non-U.S. holdings. But many foreign markets did worse than U.S. shares last year.

Plus, there was a trend toward higher weightings of stocks. The rationale was that longer life spans require more aggressive portfolios.

AllianceBernstein's target-date funds have among the biggest overall U.S. and international stock investments. That helps explain why the firm's 2010 Retirement Strategy fund -- which has been about 65% in stocks, according to Morningstar -- lost 32.9% last year.

"Nobody is happy" about those returns, says Seth Masters, chief investment officer for the defined-contribution group at AllianceBernstein. But he says the firm stands behind its strategy.

In for the Long Haul

Many fund companies argue that even for a target-date fund aimed at a retirement year of 2010, the kinds of stock weightings that led to big losses will prove to be the correct move.

"Because of the name, a lot of investors assume a time horizon of one year," says Jonathan Shelon, a portfolio manager on the Fidelity Freedom Funds. But "these funds are designed to produce a steady stream of income based on life spans ... that can exceed 25 or even 30 years."